Do you believe in fate? Believe that with one meeting of their eyes two opposites can fall in love.

Take Frank and Annie – both from the same Scottish mining village – theirs isn’t your typical love story. Frank is all about family, not your usual hero. A brilliant student, at fourteen he leaves school and his dreams behind to work in an abattoir – his father unemployed for running a soup-kitchen during a mining strike.

Annie, third child in a family of eight, couldn’t wait to spread her wings, to leave coal dust and village life behind. She too leaves school at fourteen, five years after Frank. As a maid in service she’s paid the princely sum of five shillings a week – half of which goes to her mother. One year later she’s now a cook, working in a big country house, dividing her days between the Yorkshire Dales, grouse shooting on the Isle of Mull and London, where she spends her nights off, dancing at the Hammersmith Palais and dating handsome Englishmen, until Neville Chamberlain proclaims ‘Peace in Our Time,’ and Annie’s mother orders her home.

Come 1939, Frank is a butcher, a man with a twinkle in his eye and an easy smile. Although he still lives at home, he loves dancing and skating, wears fashionable Oxford bags and his hair slick with Brylcreem. The day Annie arrives back home she passes Frank’s shop. She’s wearing black – high heels, pencil skirt, short fitted jacket and a flat-brimmed Spanish hat trimmed with baubles that screams London.

The moment Frank catches her eye he tells everyone in the shop, ‘That’s the lassie I’m going to marry.’ They were together fifty years, and when Annie went to join Frank, I told this story at her funeral. 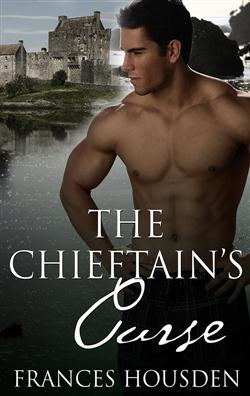 country not so very different from Scotland, where she was born. She began her career as a published writer after winning Romance Writers of New Zealand’s prestigious Clendon Award. She went on to pen six very successful novels for Silhouette Books, where she merged her penchant for characterisation with her love of suspense. She is now delving into the world of historical romance, using her love of history to take her readers on an exciting trip into the lives of memorable characters.

Frances’s title The Chieftain’s Curse is now available in both digital and print formats.